China OB tea,with the official name Pekoe Oolong,is the specialty of Taiwan Beipu and Emei Hakka village.The tea has the natural scents of flower,fruit and honey.It grows in the hills of low altitude. 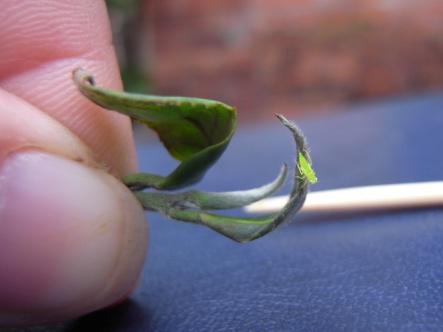 During the 1970s,China OB tea was quite popular in Taiwan.However,with the acceleration of industrialization and urbanization,the tea and its traditional process declined gradually.In 2000,some people in Beipu realized the crisis and decided to revive the tea and its process.Family Gu reopened Baoji tea shop to promote the tea process and tea ceremony.

Actually,the real OB tea is rare in recent years,most sold in markets was not authentic,and some was even added with artificial scents.

In the spring of 2015,CTI was commissioned by Family Gu to identify the OB tea .The sampling and testing work was finished in the mid-May.The data was analyzed through stable isotope origin detection technology,and a distribution map of stable isotopes covering carbon,nitrogeon,hydrogen and oxygen was finally developed.That is the ID of the tea. 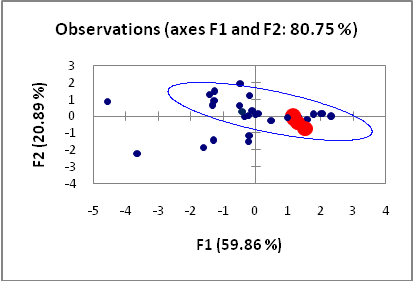 The points inside the blue oval zone are the stable isotopes analyzing data of Baoji 2015 OB tea,which stand for the authentic OB tea of Beipu and Emei(no application of chemical fertilizers and pesticides).The points outside are compared samples produced nearby.

In April 2014,CTI and Food Forensics lauched the cooperation of tesing in food and beverage,using the stable isotope analyzing results to identify the food origin and adulterations.Food Forensics has assisted CTI to establish the Stable Isotope & Biological Engineering Lab.Both sides will share the food isotope mapping database to provide the most reliable and convenient authenticity and adulteration identification services globally.